Sony A7 for wedding photography

Are the Sony A7 and A7s suitable for professional wedding photography? 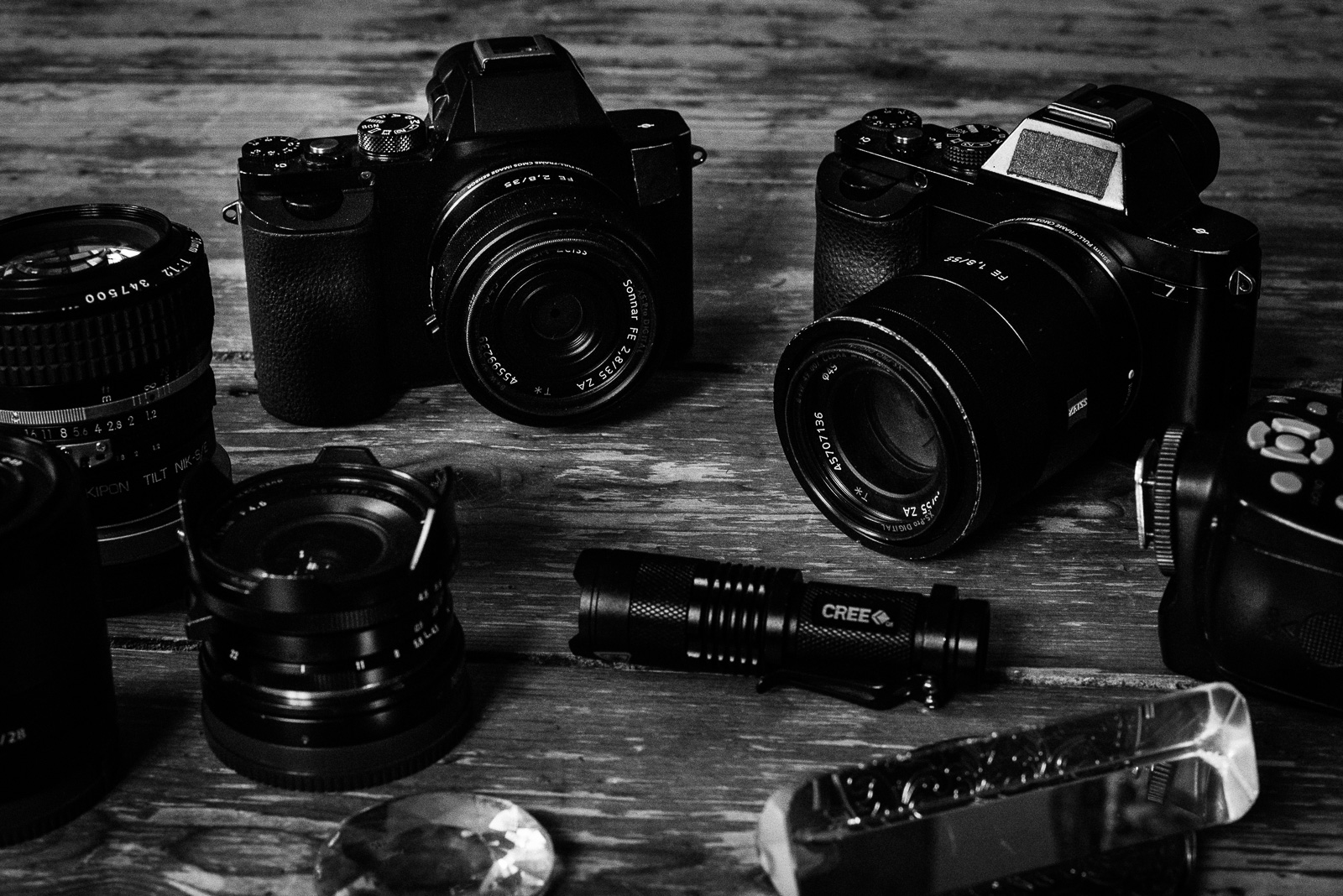 Some years have passed since I posted my experiences with the original Sony A7 for wedding photography. I have now used these cameras, together with the Sony A7s, for several years. I still think this review is valid, but I´ll rewrite a bit here and there if I feel I see things differently nowadays. Enjoy:

I do not often post equipment related stuff. Last time I did, I wrote about the Leica M9. But I feel this camera is special, some call it even a game changer. There are many good review sides, that do the technical stuff of testing this camera far better then I ever could. I am a professional wedding photographer and used these little camera-gems (I own two, lucky me) for my first weddings this year. Here you get my impressions, and how the the Sony A7 worked for me in the circus of documentary wedding photography.

The Sony A7 for wedding photography:

There are other reviewers who call these cameras slow, clumsy and loud, which are not directly things you want in your wedding camera, right? Do I agree? Hm, yes and no, lets have a look: 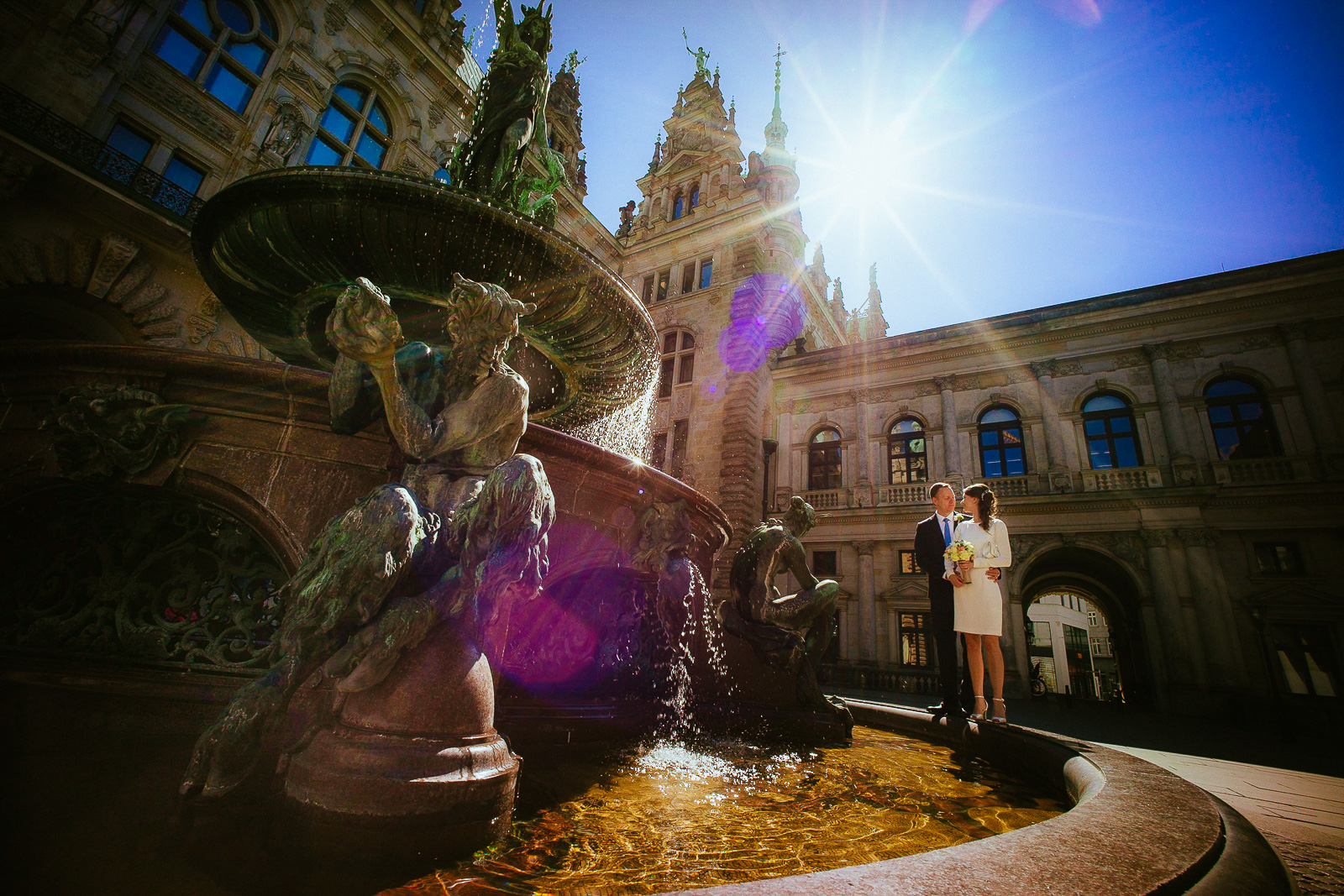 The camera is small, even smaller then my Leicas, which is great. I love the grip, big enough to hold the camera quite comfortably in one hand. It is light. Still, it feels quite solid and well build. Together with the Sony/Zeiss primes, the 35/2.8 and the 55/1.8 you get a really cool set of cameras. Later I also added the Sony A7s and the Sony 28/2.0 to the set, making it even more complete. I seldom shoot above 50 mm. When I am forced to, I just put the A7 with the 50 on crop, giving me something like 75mm, which is far enough for me.

Together with the Sony primes I have the fabulous Nikon 50/1.2 AIS and the Voigtländer 15/3.5 in my bag. Add a decent flash, batteries (oh, lots of them) some filters and some gimmick stuff and you have a very versatile but lightweight set. Love it.

The shutter feels responsive, there is no noticeable lag, which is uttermost important for catching the right moment. The viewfinder turns black for a noticeable longer time than with a DSLR when making an image, even with shorter exposure-times, which is annoying. The Sony A7s in silent mode is better, but the newer cameras, like the A6300 are much better here in this regard. Also the refreshing time of the EVF in the A6300 is better and makes framing of fast moving objects a lot easier. 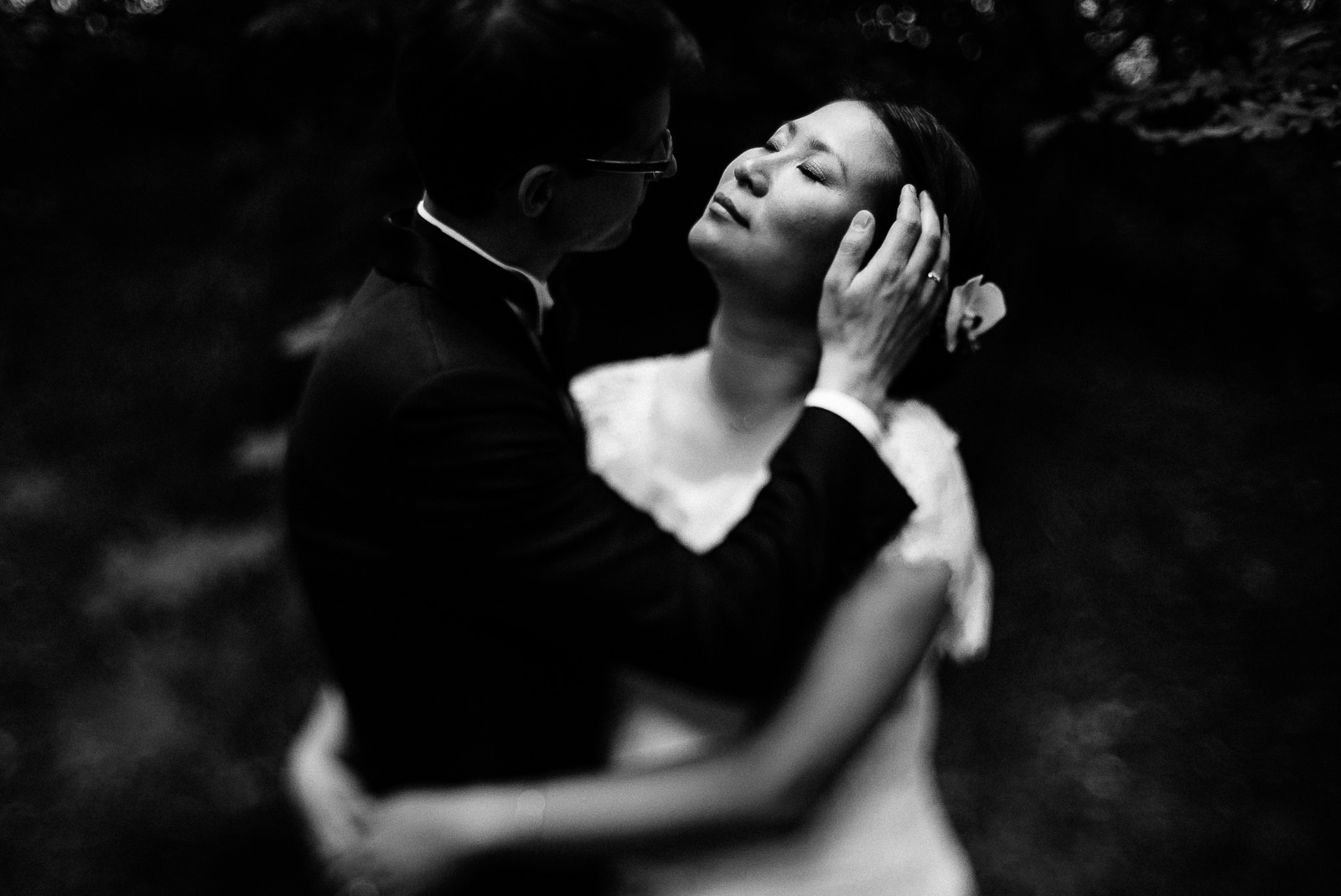 The Sony A7 has a fabulous EVF and a gorgeous tiltable LCD display, which at first I though was more of an amateurish gimmick, but discovered that it can be very useful to make adventurous perspectives very easy. When you look into the viewfinder it automatically turns on, while the LCD goes black, at least in theory. In real world, there is quite a delay. So when you want to take a quick shot in the first split-second you see nothing when looking into the EVF, before it turns on. It is not long, but long enough to bother me as it greatly reduces the responsiveness of the camera. I turned the LCD display off in the menu. Very pity, as you now loose the ability to use the camera with the LCD and even have to chimp in the EVF. Furthermore, there is no way to program any of the custom-buttons to do this, so you have to dig into the menu to change these settings.

Oh, one thing on chimping: there is no need to chimp as often as with a DSLR, because you see the exposure and color cast right before you hit the shutter. But I do still chimp here and then, especially when using flash or want to check for blinkers and sharpness in group shots.

I was very nervous as I got the camera, because I was afraid the AF would lack capability. To make it short: it was OK in the beginning, but now as the overall performance of mirrorless cameras has proceeded I wish for more. The Sony A6300 has an AF system that is lightyears in front of the original Sony A7. The Sony A7s ist still the king of low light autofocus, though. There are occasions, when the AF of the Sony is superior to the one of the Nikon D750, e.g. when shooting directly into the sun. When it has difficulties in low light with horizontal or vertical lines, it helps to tilt the camera a bit, get focus and tilt it back. Not very  elegant, but works fine. When using the 55 in low light, I choose a little larger AF field, it helps with focus speed. Otherwise I set it to the minimum size for best accuracy. 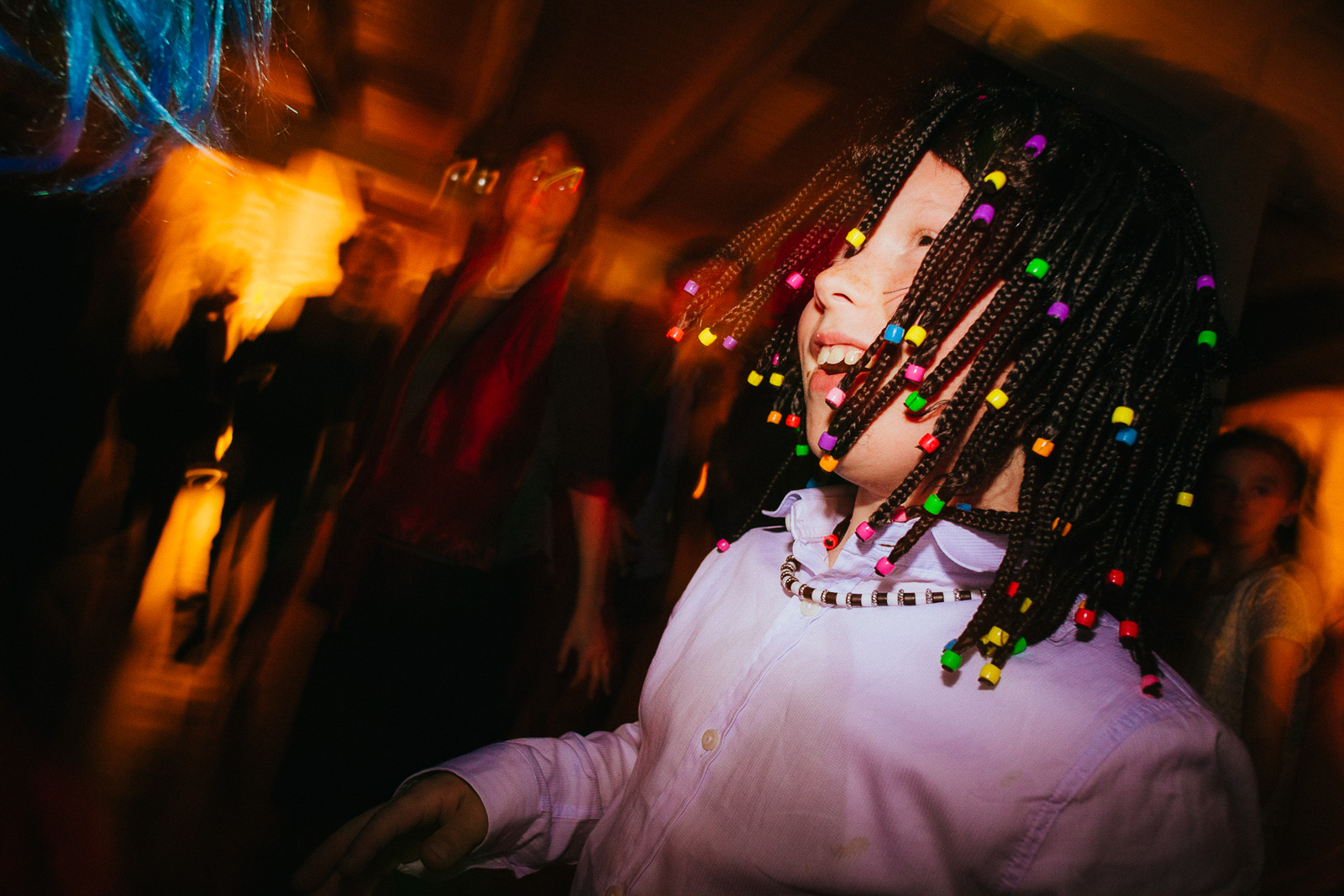 It works better then I thought, and worse. What does that mean? I am quite impressed by how easy it is to focus the Voigtländer 50/1.1. or the Nikon 50/1.2 with focus-peaking. No need for focus-magnifier except in dark or contrast lacking scenes. But I was also disappointed that I could not get my Voigtländer 35/1.4 to work with focus peaking. No chance to get it right without focus-magnification. I mostly set Creative Style to black&white with maximum contrast and peaking-color to red. This way focus peaking works as good as it gets.

So, what are my main complaints with the Sony A7?

– Though the EVF is great in general, I do not like the longer then necessary black-out time when taking an image and the sluggish automatic change between the LCD and the EVF. Also the refresh rate can be improved.

– Battery life! You can´t even call it that, it should be called “battery dying”. This is my main negative-point with the Sony A7. I felt stressed at the weddings and constantly checked how much battery I had left. The speed with which it drained made me nearly panicking. The way too big vertical battery grip is not for me. I wished Sony made the camera a little bigger with a decent battery. So, I take 12 batteries with me to a full lengths wedding coverage.

– Faults in the menu, as not to be able to turn of the LCD-screen with a customizable button. To format the card, you have to dig deep into the menu, something Nikon solved much better. 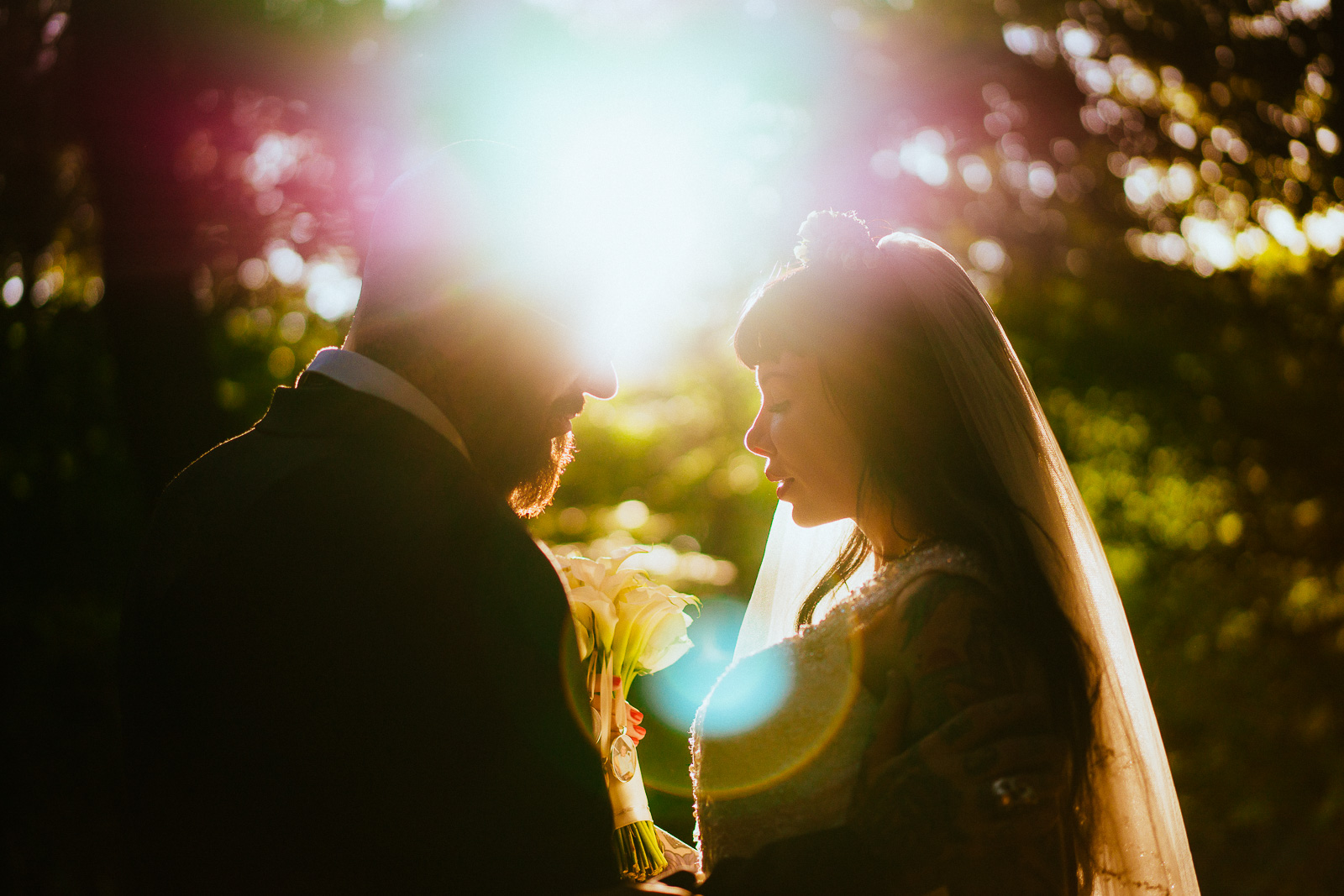 What makes the Sony A7 a very decent wedding camera for me?

– I love it´s size. The Sony A7 is smaller and lighter then my Leicas, though fully capable, fullframe and all.

– It is robust. In years of heavy usage, including dropping and getting wet, I never had any issues. Something I can´t say of my Nikon D750s.

– The AF capabilities of the Sony A7s is great in low light for a mirror-less camera, or for any camera, so to say. Waiting eagerly for a FF Sony with AF like the A6300. The day they get available, I´ll buy two.

– The EVF is great. To be able to see the image as it will be captured is unbeatable. It not just makes you exposure-setting a brise (I only shoot fully manual) it also makes artistic gimmicky as easy as it gets, like free-lensing, lens chimping, and the use of prisms to name a few.

– The ability to use all the old and crazy lenses on full-frame. Leica of course and old Nikkors work like a charm, but also optical gems like the long forgotten Canon 50/0.95 are very usable (I still kick my ass that I sold mine).

– You can set the camera up that you can change all the important settings, like aperture, shutter-speed, ISO, AF mode etc with one hand. This is a big plus for me, as I sometimes hold my speedlight in the other hand. 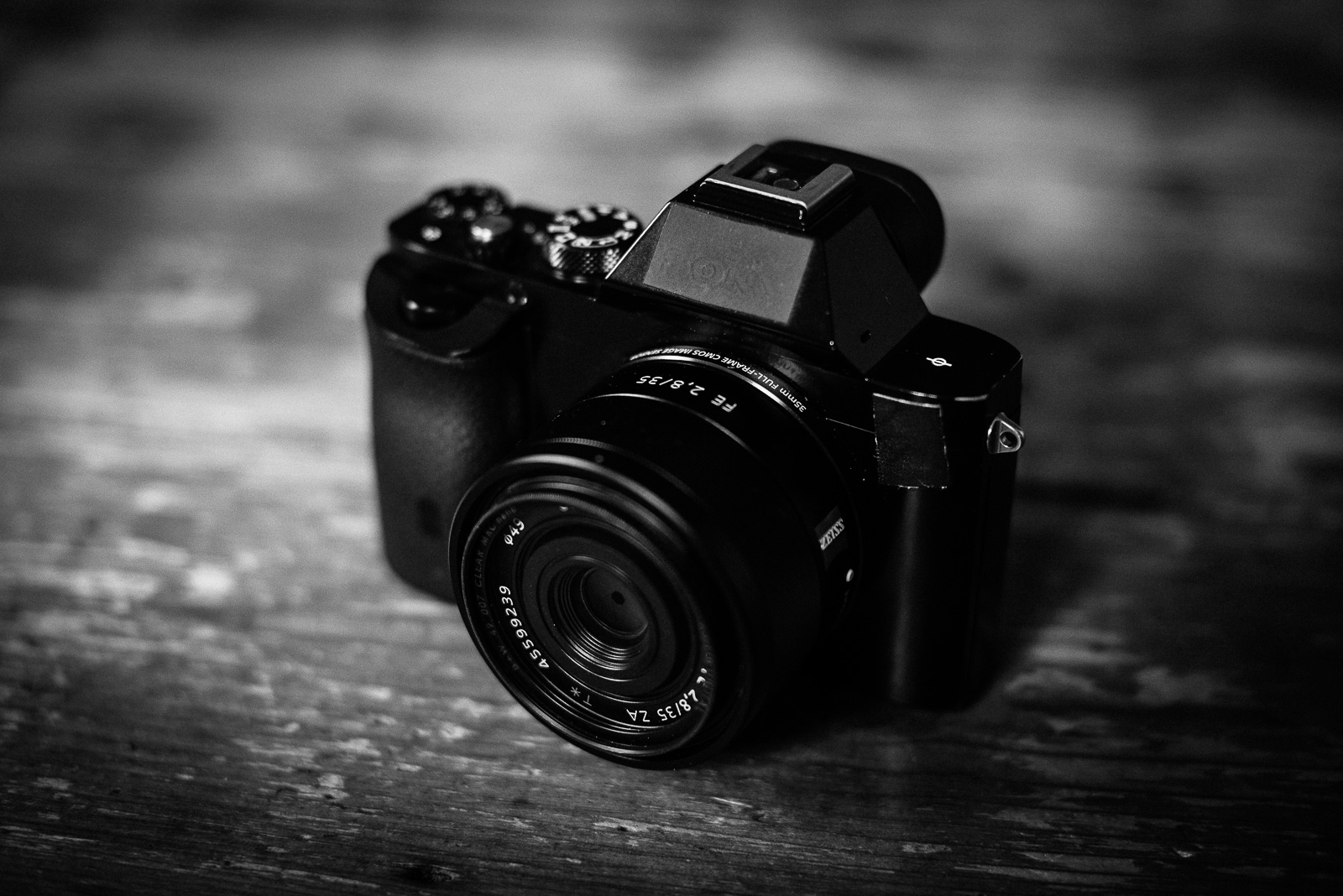 After years of using the Sonys, also the A6300s, after adventures with Leica and Fuji and many weddings in between, where I shot Nikon because I wanted faster AF performance, I see myself coming back to the Sony A7s again and again. I simply love the feel, the form-factor and the stellar images it produces. As I said, give me a Sony A7s with the AF of the A6300 and I will be sold. Sony, hello?

So what are your experiences? Any of you using similar gear? I would love to hear your thoughts. It is a very adventurous time at the moment, where small mirrorless cameras finally reach the image quality of big DSLRs but still lacking a bit of performance when it comes to speed. It is up to us, if we are willing to take up the challenge.